"The Greatest Man in Politics"

“You underestimate him at your peril. He has a habit of being right”
The Times columnist Matthew Parris

Norman Baker was born in Aberdeen but moved to England when he was 11. He passed his driving test less than two weeks after his 17th birthday and has been driving Triumph Heralds on and off ever since.

Norman was elected as the Lib Dem MP for Lewes in 1997, the first non-Conservative to hold the seat since 1874.  He was a Member of Parliament for 18 years, and a government minister from 2010 to 2014, first at the Department for Transport, and then serving as deputy to Theresa May in the Home Office as Crime Prevention Minister.  He resigned from the Home Office on 3 November 2014.  “It was like being the only hippy at an Iron Maiden concert,” says Norman.

Norman is a regular columnist, broadcaster and author, and undertakes consultancy and lecturing work.  He is also a singer-songwriter and last year released his third album. He hosts three weekly music shows on his local FM radio station, Seahaven FM, 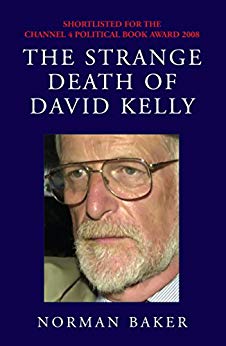 The Strange Death of David Kelly

The high-profile death of David Kelly is still regarded by many as suspicious, and the events surrounding it as 'unfinished business'. Norman Baker has carried out extensive research, and argues that the verdict of suicide is not credible. The traditional inquest was replaced by the Hutton Report, which proved unsatisfactory in so many ways.

The book looks in detail at the motives for the unlawful death of Dr Kelly and the various possibilities of who could be involved - before sensationally coming to the most likely scenario, to be revealed for the first time on publication.The book also analyses and criticises the official process instigated after his death, putting the entire episode into its British political context, and looking at the actions of government, particularly in relation to the Iraq war.

“A superb summation of all the evidence”

“It may make uncomfortable reading for certain politicians, and members of the intelligence community but it is likely to persuade many that there was far more to the death of David Kelly than has been revealed.”

“The highly-respected MP’s personal quest to uncover the truth about Dr Kelly’s death was prompted by deep concerns over the circumstances surrounding the apparent suicide.” 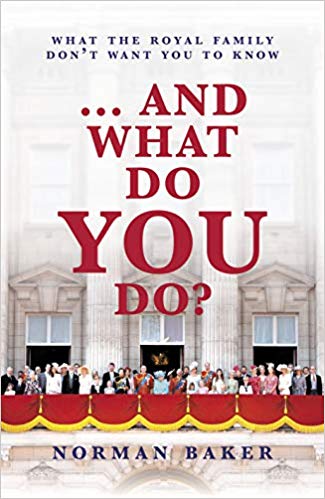 And What Do You Do?
What The Royal Family Don't Want You To Know

"A clear-eyed assessment of our royal family"
The Daily Telegraph

The royal family: the quintessential British institution or an antiquated, overindulged drain on the taxpayer?

For all their foibles and idiosyncrasies, the royal family wield considerable influence and yet rather than facing the scrutiny their position merits, they enjoy sickeningly obsequious coverage which reports their activities with breathless awe.

And What Do You Do? is a provocative and hard-hitting analysis, exposing the royals extravagant use of public money and the highly dubious behaviour of some among their number. Former Minister of State and current Privy Counsellor Norman Baker breaks ranks to explore the wider role the royals play in society, including the link with House of Lords reform and the constitutional position of the monarch.

Now fully updated to include new material on Prince Andrew, Prince Harry and Meghan Markle, this irreverent and uncompromising account asks urgent questions about the future of the world s most famous royal family.

“Norman Baker brilliantly exposes how a Ruritanian farce is ripping us off. Vive la British revolution!”

“A clear-eyed assessment of our royal family, looking at its strengths, weaknesses and eccentricities. Parts of Norman Baker’s well-researched book will make for uncomfortable reading for some die-hard royal fans, but it should become an important text for anyone who cares about our monarchy and wants to see it reform and evolve to face head on the challenges of the twenty-first century.”

“They are the pinnacle of privilege, leading enviably gilded lives, but how much do we really know of the royal family’s cosy, taxpayer-funded existence? Norman Baker goes behind palace walls to shine a much-needed light on this most secretive of institutions and expose the greed, hypocrisy and, yes, disregard for public money which keeps it afloat. Filled with fascinating detail and insight, And What Do You Do? is an essential primer for understanding the myth of modern royalty.”

“With our democracy in turmoil, it’s right to be asking questions about constitutional reform, and that includes the role of the royal family. Norman Baker tackles the subject with his trademark energy and in forensic detail looking at the facts beyond the headlines. An important book for anyone serious about questioning how our country is run.”

“Norman Baker is a fiercely independent writer and former Lib Dem MP and government minister who speaks his mind and goes where others fear to tread. After probing the mysterious death of Dr Kelly after the Iraq War, he now turns his attention to the public costs of the royal family, based on careful research and facts rather than sentiments or prejudice.” 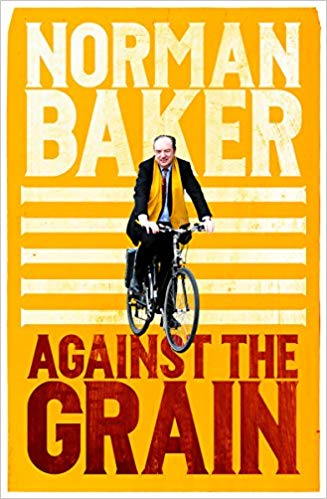 "A glorious book by a remarkable man"
Peter Oborne

For eighteen years, Norman Baker was one of the most distinctive, outspoken and campaigning members of the House of Commons, uncovering the biggest parliamentary scandals of recent times.
MPs’ expenses, the death of David Kelly, and the ill-fated flight BA 149 were all investigated by the man Nick Clegg referred to as ‘a cross between Gandhi and a battering ram’.
Against the Grain is Baker’s fascinating account of Westminster and constituency life, from the absurd to the deadly serious. His observations and investigations confirm how well-deserved his reputation is as one of the most dogged and persistent parliamentary interrogators the modern House of Commons has known. Amongst much else, this compelling tale reveals the truth about Baker’s successful campaign to force the resignation of Peter Mandelson, and lifts the lid on the inner workings of the coalition, laying bare the divisions and the surprising alliances at the heart of the Department for Transport and the Home Office.
Insightful, honest and very funny, Against the Grain is a must-read for anyone interested in the machinations, the misunderstandings and the frequent missteps taking place behind the Westminster façade.

“Norman Baker at his best – contemptuous of power and secrecy, delightfully indiscreet, pleasingly insulting and often very funny. A maverick’s guide to politics.”

“Quirky, single-minded and always true to himself, Norman Baker is a true original. Against The Grain is a one-man rebuke to the soulless spin of spin.”

“This is a glorious book by a remarkable man. It should be read by everyone who cares about British public life. It tells the story of an extraordinary political journey as Norman Baker confronted the British establishment at its most corrupt.” 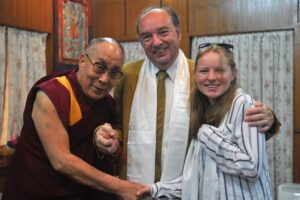 Norman has been a tireless – and effective – campaigner for many

prominent causes. He has been a member of the Joint Committee on Human Rights, and was appointed Liberal Democrat Environment spokesman where he negotiated a cross-party Early Day Motion in support of a Climate Change Bill drafted by Friends of the Earth. He was for many years President of the Tibet Society and was a member of the UK All Party Parliamentary Group for Tibet. 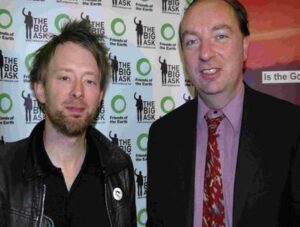 As a Home Office minister, he repeatedly campaigned for changes to drug policy, saying that patients should have access to cannabis for cancer pain relief and multiple sclerosis. He was also responsible for forcing some of the first prosecutions in the UK under the Female Genital Mutilation Act.

Norman’s dogged questioning of Secretary of State Peter Mandelson following accusations of using his position to influence a passport application led to Mandelson’s second resignation from government. He also successfully forced disclosure of the details of MPs’ expenses under the Freedom of Information Act.

Norman successfully went to the High Court to compel British security service MI5 to allow him access to information which he believed they held on him – the first time this had happened in the 92-year history of MI5.

In recognition of his relentless and fruitful campaigning, The Spectator magazine gave him their Inquisitor of the Year award and Channel 4 News voted him their Opposition Politician of the Year.

Thanks for your message! We’ll be in touch soon.